← back to
Insubordinate Records
Get fresh music recommendations delivered to your inbox every Friday.
We've updated our Terms of Use. You can review the changes here.

Lobster Tales In My Tesla 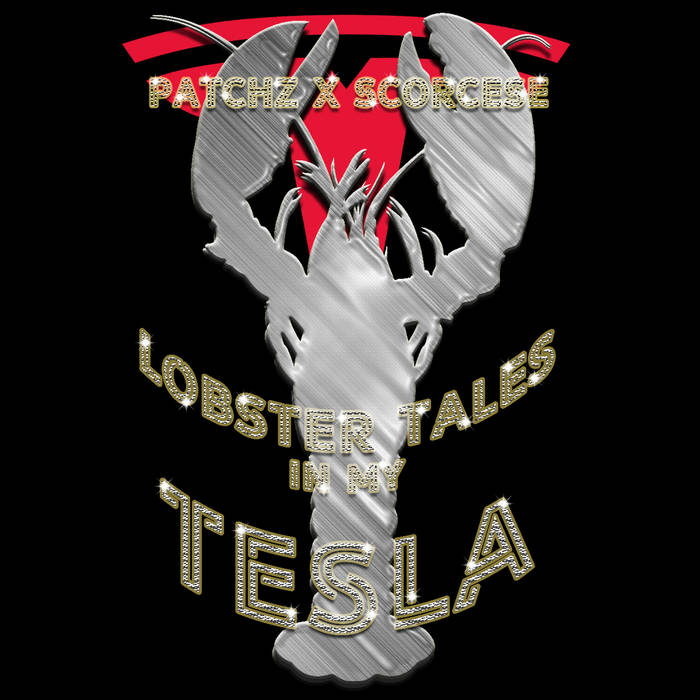 ognickmarsh Nothing Scorcese made ever sounded the same. He always knew how to keep things fresh. Wish he was here for me to tell him how amazing this album is. Favorite track: The Ministry of Cocaine (Outro).

Lobster Tales in My Tesla is a collaborative project from producer Patchz and emcee Scorcese Lorde Jones. This project began, amazingly enough, with a compliment paid on Instagram. Says Patchz, "I knew I wanted I work with him when he paid detailed compliments to a beat snippet I posted. He told me that a piece I wrote "sound[ed] like the end of Scarface if Tony actually killed everyone and sat down to finish his cocaine." I DM'd him and sent the beat immediately."

That song became "Scarface Mahogany," the name of which pays homage to the penultimate scene in Scarface. Says Scorcese, "That beat sounded like Vice City Miami during the Cocaine 80s. It was so colorful and yet subdued. I was really shocked to get the DM from Patchz, but when he offered to send it to me, I knew I had to kill it."

This song was meant to be a one-off, but a random conversation between friends sparked an idea. "Lobster Tales In My Tesla" as title came from an inside joke between friends, but the idea to create an opulent hip-hop project was pitched to Patchz, who immediately said Yes! As Patchz said, "I've always been drawn toward unique artists, and Scorcese, with his extravagant (while far from elitist) flows and his spirited cadence, definitely fits that bill."

What came afterwards was a challenge for both artists - creating opulent beats that formed a narrative, and creating rhymes that lived up to the single. Says Patchz, "I'm fascinated by simplicity, synth sounds, and melodic loops. I love the soulful, bluesy feels from the Rhodes and Moog style sounding keys, you'll hear a lot of those in my beats." From Scorcese's point of view, "I wanted to approach each song as a puzzle -- I was working on so many separate projects to process my grief from my brother's death that I NEEDED this challenge. I had so many fun times just trying out new flows and styles over Patchz production and I know this is some of my best writing."

With Br00tal Productions along for the ride mixing and mastering the project, this group of artists developed a beautiful platter of opulent raps, atmospheric beats, and dope flows.

"Urameshi Wardrobe is hands down my favorite, it just came together so smooth. It was stuck in my head for 9 hours at work on NYE. Scorcese brings SO much life to this record and he basically whispers the whole jawn. FOH

Scarface Mahogany might be my favorite beat on the joint, but Scorcese bodied this track, I hear new bars with every listen.
Bobby Brown Connect is literally some of the craziest shit I've ever heard. In. My. Life".

"I just thought about all the dope shit my friends get into, like Justin aka Majaleeg - the food he eats would make most people throw away they plates. I LOVED "Ghost of Eddie Gilbert" as soon as I heard it, and Urameshi Wardrobe was one of my favorites to write. "Tesla Teej Reads the Classics" was the last song made, but I think people gonna love it."

Accompanying Lobster Tales is a limited edition "Lobster Pink" cassette tape. Only 20 of these tapes will be made available and each will feature the INSUBORDINATE "Limited Edition" holographic sticker to number your tape!

Songs 2 & 6 recorded by Money Most at Flyzone Studios (MD)

All other songs recorded by Scorcese at The BXNGVLXW

Arranged, Mixed and Mastered by Br00tal Productions for CocaReef Records

Art Design by Br00tal Productions except for "Scarface Mahogany"

Special thank you to Nation GVNG's Black and Terence "Tesla Teej" Finley for their contributions to this project.

Big thanks to Scorcese for breathing life into my music.
Huge thanks to my wife and kids for allowing me the time to pursue another love.
Enormous thanks to Br00tal Productions and Insubordinate Records for the hard work and support.

Peace to the homie Patchz for this piece of art. Peace to Br00tal for the dope mix, and of course thank you to INSUBORDINATE records for allowing me to create dope rap music about the shit I want to write about. Thank you to the Nation GVNG and Teej for constantly inspiring me. Love you all.

The Zipsquad is an Artist collective featuring rappers BIGSPITGAME, Brian Ennals, Black, PR The Great and Scorcese, along with producers M-Lito & talented musicians from all over the globe.

Bandcamp Daily  your guide to the world of Bandcamp